Image by Roberto Nickson on Unsplash
GO NO FURTHER IF YOU ARE EASILY OFFENDED OR UNDER 18 - DON'T SAY YOU WEREN'T WARNED
A gentleman of mature years but young at heart remembers sex in London before the internet, shares some links to his favourite companions as well as some fictional filth!
Photo - Wood Nymph Douglas Kennedy 1997 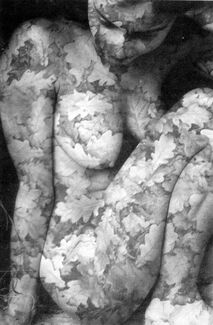 I am in the fortunate position to have been able to use the services of intelligent, independent women who care about both their own and my health and well being.  And I really don't think it is any business of the State to interfere in arrangements that we voluntarily enter into. They deserve to have their expertise and abilities extolled like any other profession and I will, though only with their agreement, share some examples of why they deserve recognition.

This blog began by looking back over the years and reflecting on what has changed and, hopefully, what I have learned.  However I discovered a wonderfully supportive online community including those who curate and contribute to Wicked Wednesday and I started to write fiction - some of which others have actually enjoyed which cheered me up no end.

And as for me, I am a happily married, semi-retired professional whose adventures with charming and beautiful women helps to sustain that marriage.  My real identity is my business alone (I'm not called Mike any more than I'm called Xavier in case you wondered) and any effort to find out who I am would be rude and most unhelpful so please respect my privacy.
​CONTACT - email  xavier.xeres@mailfence.com